There are many reasons why projects of any kind fail. Analysts point to insufficient resources, inappropriate resource allocations, poor communications, and misaligned goals among many other options as possible causes of why projects fail to come in on time or on budget. However, when the project fails because of all of those concerns (as well as many other contributing factors), the high level of disappointment is often overwhelmed by the excessive economic cost of the debacle. Such is the case with the Queensland AU Health sector digital payroll disaster.

The Queensland Health System (QHS) provides public healthcare services to Australia's Queensland province. The sector has over 65,000 workers employed in its Department of Health and its 16 Health and Hospital departments. In 2006, QHS was looking for a replacement for its then soon-to-be-obsolete payroll system, support for which was set to expire in 2008. In December 2007, the agency finally contracted with IBM Australia to design and implement a new system at a budget of AU $6.9 M, deliverable in July 2008.

Early Signs of an Impending Fiasco

From its very beginning, several factors were playing into the project's ultimately disastrous conclusion:

Insufficient Calculations of Scope and Term

The complexity of the project was immense and involved the management of over 24,000 differing combinations of wage payments and withholdings for over 80,000 workers and subcontractors spread over 13 contractors and multiple industrial agreements. Because of the fear that the existing system was in imminent danger of immediate failure, IBM agreed to take just seven months to develop and implement an "Interim Solution" to tide the agency over until a full replacement became operational.

Within that seven months, only two weeks were set aside at the beginning of the project to scope out the "critical business requirements" needed by the agency and the digital solutions that would respond to those demands. Not surprisingly, the lack of identifiable objectives was a significant cause of the project's abject bungling.

Despite its affiliation with a global digital leader, this was IBM Australia's first attempt at delivering a project of this size. That fact was not helpful considering that QHS was probably the most complex of the Australian agencies needing the overhaul and was perhaps not the best candidate for IBM's first go. 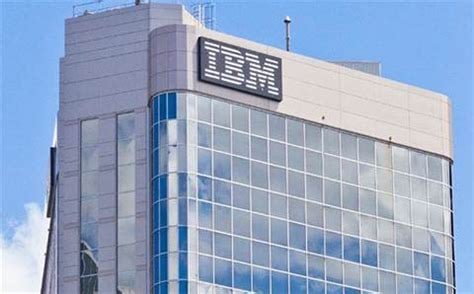 Layer on top of those contributors the reality that the "Solution Design Authority," the state agency with the responsibility to define and maintain the scope, architecture, and design of the new system, was "passive, perhaps lazy" about communicating its requirements for a payroll system. Before project development began, the SDA accepted IBM's "incomplete, ... unsatisfactory scope [of work] documents" as is and with no questions. The project was off to a horrible start.

Too Many Players Cluttering the Field

Management of the project became even muddier after it commenced. Numerous agencies and boards divided oversight and authority, causing significant confusion which, in the end, rendered them all "ineffective in establishing a shared understanding of stakeholder expectations in relation to the quality of project deliverables":

While there appeared to be lots of oversight of the program, Australia's Auditor-General reported that "it was not clear which Accountable Officer had responsibility for the overall governance and successful completion of the whole project."

Cut to the Chase: The Consequences of this Disastrous Project

Suffice it to say that the project rolled out with the same high level of difficulty and disaster as it had begun:

Project managers in any sector will do well to delve a little deeper into facts that drove the QHS payroll fiasco, which is an excellent opportunity to embrace the adage that it’s not necessary to experience a failure to learn from one.

The Aurora CO VA Administration Hospital initially started with a $500 million budget, but now the total cost is expected to rise to over $1.7 billion.